Source: We are journalists

Bahman! Why did the interrogator let me go, but not you?

I always thought I know you completely. But these days I have realized I had never known you this well. Behind your calm and humble face, I had never imagined this much patience and fortitude. These days each time I see you from behind the glass of the visiting room in Evin , a deep calm flows from your gaze into me. So very deep that all the anxieties and the uneasiness that I have been feeling because of being away from you, suddenly evaporates.

This time in the visit I ask you: “Bahman my dearest! Aren’t you tired of prison?”

You said it with so much confidence, and there was such honesty in your words that I believed it and I didn’t ask you anything more about it.

I remember one day, my interrogator who was yours as well, told me and you: “You will leave this place, but only when you have had learned your lessons!”

I had forgotten his words till dear Shiva Nazar Ahari was released. She was free and still some of our friends were in prison. When I congratulated her on her freedom she answered me something different:

” Jila! these days I keep going over my interrogation sessions. Each time I ask myself maybe I made a mistake somewhere that they let me go sooner than others. What have I done to be released sooner than others?”

And that was then the words of our interrogator came back to me: “You and Bahman will be released from prison when you have learned your lesson.”

Dear Bahman, these days this sentence goes around in my head so much that I get tired. As Shiva said, what mistake did I make that the interrogator let me go sooner than you? These days I envy you. You that must have been stronger than me. Envious of you that must have made less mistakes in your interrogation sessions. You that the interrogator can not imagine might be tired of prison, might have learned his lesson and maybe that’s why they won’t let you free.

I have mixed feelings, good and bad: good because today after ten years of our shared lives together I know you even better and more than ever I am proud of you. I am proud of you because each time I see you you never ask about your case. You never ask when you will be free and each time I want to talk about the follow ups of your case right away you change the subject. When you see me insist, you say:” for however long its necessary without weariness or discomfort I will stay here.” And then it makes me laugh and I say: “My dear! When you say these things, it means you haven’t learned your lesson! Maybe the interrogator will hear you. Please tell them you have had enough. Tell them you have learned your lesson!” And you laugh too. You just laugh.

And I feel bad too: what have I done that I should be free sooner than you? Why did the interrogator thought I had learned my lesson?

You say: “Maybe my imprisonment is more useful for futures of little Amirs and all the little Amirs than my freedom. (*bargeboo: Amir: possibly their child – I could not find a reference to their children anywhere).

And then right there I remember something similar to these words from a woman prisoner. I am talking about Shabnam who is still jailed. And according to her released friends who were in prison with her, when Shabnam pray, she never prays for her freedom. Instead she says: “God! If my imprisonment helps Iran, then may I stay still in prison, and if my freedom helps the advancement of my country then help me go free.”

Each time you say, life in prison is full of various experiences, and you speak about these experience in a way that I realize, even in prison you are still a journalist. Even two months in solitary confinement has been full of interesting moments. You say you would not have been able to experience the solitude of solitary confinement anywhere else in the world. You say you have gone over all the moments of your life in the darkness of your lone cell and now you feel lighter and calmer. You say when you had reflected back on your life, that was when you had arrive at the conclusion that you need to be kinder, more patient and tolerant. You say you have decided that after you are free, the first thing you will do is to visit those who one day even for smallest of reasons might be upset with you; that you plan to show affection to those who do not agree with you. These are the things you say, you that among your friends, co-workers and your family are known for your patience.

My dear Bahman, now I can thank the interrogator for making it possible for me to get to know you far better and feel proud of you.

Baniyaghoob was arrested in June while covering the post-election protests in Iran. A freelance reporter and editor-in-chief of the Web site Kanoon Zanan Irani (Focus on Iranian Women), Baniyaghoob, speaking from Tehran, told the IWMF that she was freed on bail.
Her husband Bahman Ahmadi Amoyee is still inside.

Born in Bandar-e Anzali, near the shores of Caspian Sea, north of Iran, she explains that her grand father and also her father have been politically active, and their love of the written word and their avid interest in following politics were her first influences. Before Islamic Revolution in 1979, when she was about 10 or 11 the political atmosphere in Iran was at an all time high. Attending school, she was also greatly influenced, supported and mentored by her teachers to also were politically active, and who encouraged her to write.

Many of these teachers were soon either fired, or arrested or executed. Many more became widows of martyrs in the Iran/Iraq wars during the 80s. She began to write stories and at 11 her first work about poverty among Iranian children was published in Keyhan newspaper which according to her was a very different and well respected publication.

When Khatami was elected president, the iron grip of the government somewhat relaxed and many moderate newspapers began actively publishing articles that were critical of the regime. When the crack downs began a few years after, and the news papers began closing one after another, she had to move from one to another and in all had worked in 10 news papers before each was shut down.

Ten years ago, at 29 she married Bahman Ahmadi Amoee, another journalist two years older than her.

She has written the accounts of her visits with her husband. One is translated . The other you will find bellow. I find it even more heart breaking. She speaks of emotions that those released experience, the “survivor guilt” and how she has come to get to know her husband in a new light. 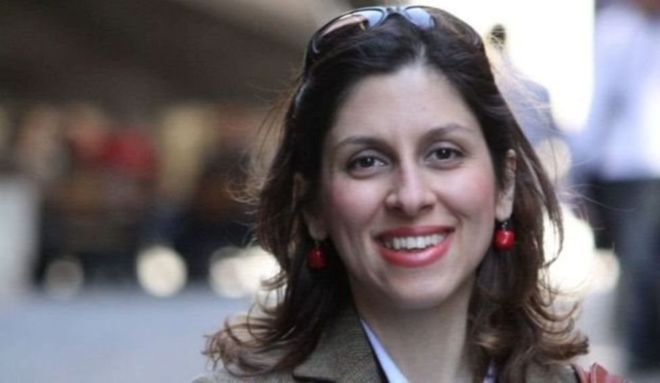