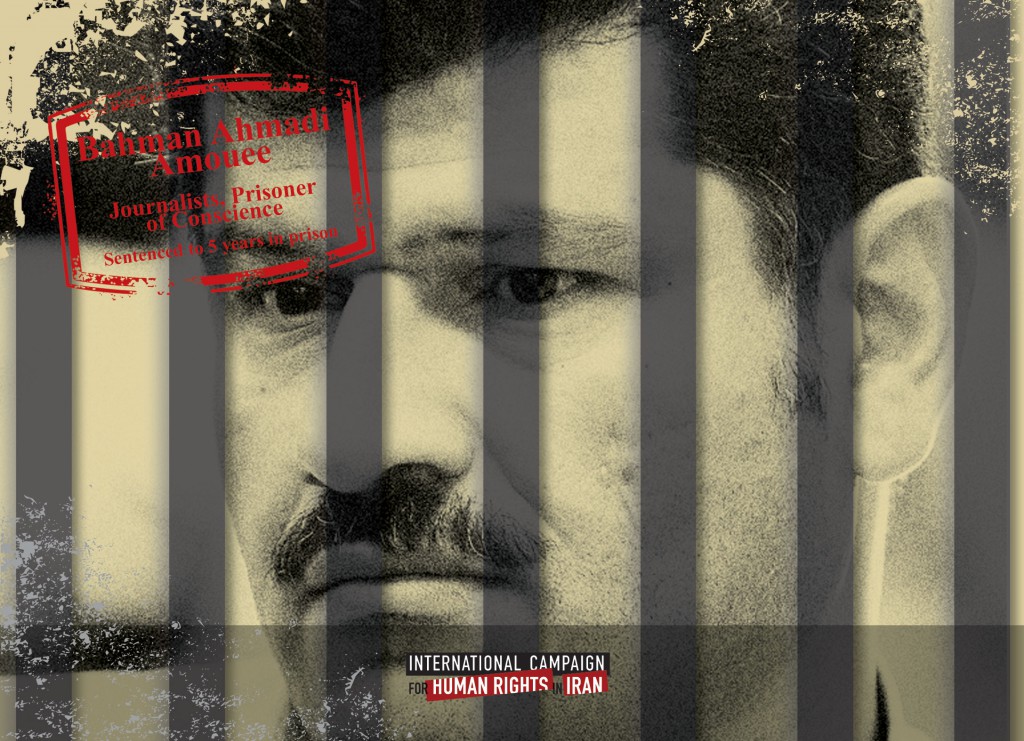 So much has happened in the last two years, in which we have lived and battled more intensively than ever before for freedom – yours and ours , that it is often hard to recall certain events or exactly when they took place. And yet I remember the night of your arrest very vividly.

On that night I sat with a printed sheet of paper before me, reading the incoming mail. As often those days, the constant battle was between getting the hourly developing news out by translating the texts friends shared with us or reading the mails and analyzing the developing situation. And so I sat reading the mails, every now and then looking at the piece of paper with guilt , promising that I would get to it any minute. The paper bore Jila’s (1)innocent narrative of what she had witnessed on the street that night.

Among the new mails – they used to stream in those days – was one from Taraneh(2) , telling us that the security forces were in your house. Guilt was now coupled with apprehension , as I sat awaiting the next mail from Taraneh. And of course I knew that many others who had received that mail and the news were suffering with me. Those days, our joy and suffering was so closely shared.

A second mail informed us that after Taraneh had called a number of times, you had told her that they were searching your house and that she should not call again, but wait for you to call her when they left. You did not call that evening, as Taraneh’s third mail informed us; instead they had taken you and Jila with them.

And I sat staring at Jila’s report knowing that I would now be unable to translate it. I sat and imagined how the two of you would be feeling: if it was easier for you to be arrested together or if was greater torture knowing that your partner would also land in jail that night? I sat trying to imagine your moment of parting.

That night, I wrote no more. But the next days, I returned to this our Green Movement with new vigour and energy. The arrest of you and other journalists, the fact that those who had hijacked our votes deemed you their main enemy, gave me and many others like me the awareness that it was up to us amateurs to get the news out and the information flowing. With few other means than the new social media – for in those early days we had little else than weblogs, Balatarin(3), Twitter and Facebook – we began to use them as best we could. And with time we learned to use these tools to serve our purpose, developing all the ways that were also appreciated and used in other regional protest movements. We knew we could not take the place of you real journalists, but we were determined to fill part of the gap that was left by your imprisonment. You and the importance of your work was for ever on our minds. I remember how I often battled with trying to tell fact from fiction and how I worried hours on end about passing on a piece of unconfirmed news or sharing a new video. And battling with all this I came to have even more respect for journalists in general and those who worked under dictatorships in particular. What responsibility it is to try to get the facts straight and to share them in an understandable fashion! And so all this social media revolution and Middle East Spring , was in fact their work. For those who had arrested you and your colleagues had shown us how important your job is, and also what we must do to perhaps fill the void that your imprisonment left.

Just as later on, when the charges against you were reiterated, came another realization. Your biggest “crime” was criticizing the economic policies of the hand-picked government. And so it was that we knew, that it was the economy which was the real target. Here too dear Bahman, it was they who made us grasp that we must cover the economic news , its mismanagement, unfair foreign trade agreements and the fact that huge sums are leaving the country to be deposited in private foreign accounts.

And yet beyond all this , what touches and inspires us daily is your kindness and simplicity, like so many others there together with you in prison . Here are not men – and women – shouting slogans seeking to appear as heroes, but those who are very truly human, resisting revengeful power and determined in defending universal common values and seeking these for Iranians.

So I think of my most favourite photo of you taken by the shore of Kish – on the very same spot where many years ago together with some of your colleagues we envisioned one day making the island into an oasis for writers and journalists – and I await that day when your freedom will bring the sparkle back into our dear Jila’s eyes.

Happy birthday Bahman jan, and to paraphrase the song : come home soon to blow the candles, so that you may live the rest of these 100 years – in Freedom.

*
Shiva Nojo is a specialist in International Relations and a Manager but first and foremost a Peace Activist !

**
Bahman Ahmadi Amouee is one of many journalists arrested after the disputed Presidential elections in June 2009. As repeatedly noted by the initiators of the Campaign to Free Bahman Ahmadi Amouee, the only crime committed by this journalist has been that of writing. All the charges brought against Bahman are directly related to his profession as a journalist. In effect, his articles have been cited by interrogators at the Intelligence Ministry and the courts as evidence supporting charges against him, including the spreading of propaganda against the state and acting against national security.