Thur. 1 Jan. 1387, some 150 protestors – claimed to be the members of Basij- stood outside Ebadi’s home chanting ’Israel commits crime, Ebadi supports it’. They also destroyed the plaque to her law office and wrote insulting statements on the walls just outside her home. When I ask Ebadi, the lawyer and the Nobel laureate, if she is worried for this incidence to set a precedent for the assaults of this kind in future she replies:’ Why worry? God is my witness. This kind of behaviour could trick a couple of uninformed, ignorant people to accuse me of supporting Israel and the US. But what would be their response to God?

I conducted an interview with Shirin Ebadi on this incidence

In the past few weeks, the pressure on you has increased. What do you think the motive is?

SE: This is a question that has to be answered by those who commit these illegal acts

In all these years and even in your Nobel speech, you have clearly condemned the massacre of the Palestinian, yet the Basij raided your house and accused you of being a proponent of Israel. Why?

SE: That’s true. I also criticized the use of Guantanamo Bay detention camp in my Nobel speech in the time when there were only few who dared to do so. Upon that, I was under criticism from the opposition groups inside Iran arguing that the internal hardship should have taken precedence over an international issue in my speech. I have always spoken of and supported an independent Palestinian government -the last of which can be found in the statement issued by the Human Rights Defenders Centre where I have the privilege of being the manager. This statement has been published in different news agencies and is available to the public. Those who accuse me of supporting Israel are very well aware of my position regarding Palestine and the illogical basis of their claim. Yet, there was expedient to raid my home, call me ‘a sellout writer and chant “Israel commits crime, Ebadi supports it’. The question is what that expediency was that made those young people raid my home?

You have always criticized the US intervention in Iraq and Afghanistan as well as the treatment of the Palestinians by Israeli government. Why have your clear position in these issues been ignored by some? Are they not aware of it or they prefer to overlook the fact?

What expediency is behind their action?

SE: It is for them and not for me to tell the reasons of what scares them to be acting like this.

Some believe that the pressure has been targeted to force you to leave Iran.

SE: I will suffice to say that I will not, under any circumstances, leave Iran. I am Iranian, must live and work here until I die.

How far do you think they can go with their threats and pressure?

SE: That depends on the political situation. In a situation where there is no clash and chaos and there is only civil opposition, there is no excuse and justification for the government to use violence as a tool. We are all doing our best to stay within the framework of the law and show our discontent within the boundaries of the law. This is the only way people will realize our oppression. I will never advise youth to come to streets, chant slogans and use violence. Actions of this kind will only trigger the state to exercise violence. We have experienced the years of 1981 and 82 and we do not want to give the state the excuse to repeat it.

But having limited your activities within the frame of the law, we are still observing the use of violence against you?

SE: I will never give up my civil activities and I would like to tell those who use violence that they would not be able to make things work by violence. Have those who entered the armed conflict of 1981-82 been able to achieve anything? Those who avoided it were the ones who succeeded.

There has been a rumour in the past couple of days that you might be arrested and taken to prison. Can this be true?

SE: For the past 30 years, all my activities have been within the rules and regulations of the Islamic Republic. My arrest would be illegal- if ever- and it’s for them to respond.

It seems that there is a message hidden in these pressures and assaults. What do you think it is?

Does that mean that they want to silence you?

SE: I am unable to answer that as I don’t know what‘s going on in their mind

Have you discussed these violations of the law with the judicial and law enforcement authorities? Have you demanded prosecution?

SE: Yes. I have raised my lawful objection and will be pursuing it in future too.

Mr. Ahmadi Nejad once said that he was ready to appoint guards to protect you from the threats but you did not accept it. Why?

SE: I am aiming to defend all the citizens. Having body guards for one or a few people will not be the solution. The society has to provide safety and security for all the citizens to lead a peaceful, secure life. I pleaded for police help. But I am sorry to say that the plaque of my law office was destroyed and the outside walls of my house were written on with sprays right before the police’s eyes but they did nothing to stop them. I’d like to pose a question: Do gatherings and demonstrations need permit from the government or not? If there is no need for a permit and that is why the police did not stop the raiders of my house, why there is harsh reaction from the police towards the women who show their opposition to discriminatory laws against women? If there is a need for a permit why is it that the police acted only as onlookers and did nothing to stop the raid? If the raiders had a permit, who are the authorities to have issued a group the permit to raid my house? This is a question I am raising and putting on the public opinion.

How long will you tolerate this kind of unlawful acts?

SE: As long as I am alive 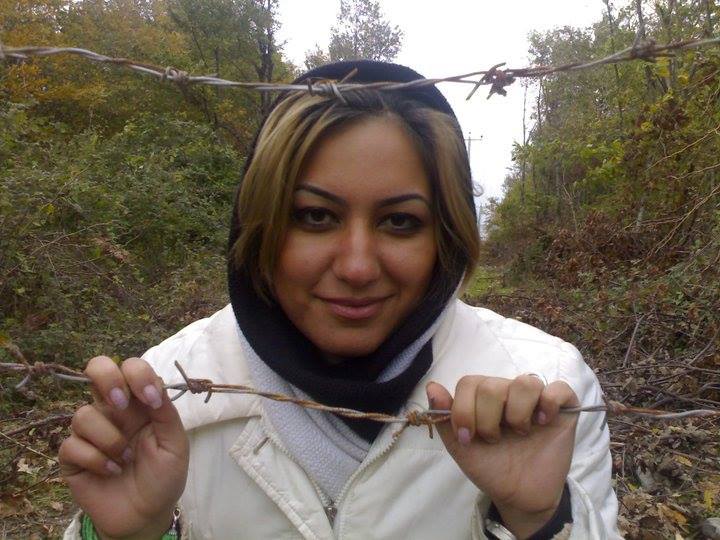